The most prestigious educational national award Global Teacher Prize Ukraine, organized by the NGO “Osvitoria” since 2017, has announced the ten best teachers in the country.

Traditionally,  for the first time the names of star teachers were presented by TV presenter Nataliia Moseichuk on TSN ether on the Knowledge Day — September 1st at 19:30. Now 10 finalists claim for the main prize “Nobel Prize for Teachers” — a quarter of a million UAH and many gifts.

“There is a teacher behind every great achievement of a person and a country. This year’s top ten finalists — powerful, creative, talented professionals and innovators — are the foundation on which the next generation of Ukrainians and their achievements will grow. Teachers matter and our mission is to make the whole country talk about them!” – says Zoya Lytvyn, head of NGO “Osvitoria” and founder of the award.

In addition to the main prize, one of the finalists can become a people’s choice and receive a prize of audience sympathy. To do this, you can vote for the teacher on the TSN website by the link.

“They are teachers from the future, because they will show the way along paths that no one knows about yet. And it is very important that the TOP-10 feel: they are visionaries. This is the backbone of teaching, which will rely on future education, the mechanisms of its development. Anniversary ten! I really want them to become friends, to get closer like the winners of previous years, because they need to move forward together. This is a large family of innovators and creators of the future. And I am very happy to hear from parents whom they would like to nominate for next year’s award!” – said the curator of the award, TV presenter of the “1+1” channel Nataliia Moseichuk.

On the Knowledge Day, September 1st, the TV presenters of “1+1” channel supported the award and dedicated their publications to their favorite teachers.

The best teacher of the country by the Global Teacher Prize Ukraine will be solemnly announced on the International Teachers’ Day on October 2. In addition, the best teachers of civic education, chemistry, physical education will be selected, a teacher-innovator and a teacher peer of Independence will be awarded, and in the nomination “Choice by heart” a teacher working in a hospital or teaching children with special educational needs and a volunteer teacher who works at the school on the line of demarcation in the East. Also this year, for the first time, teachers of the front zone will be awarded in a special nomination from Serhii Zhadan.

The award is supported by the Ukrainian Cultural Foundation, EdCamp Ukraine and AIESEC in Ukraine, Microsoft and Deltahost, Zagoriy Foundation, NGO “Oleksandr Pedan’s Movement “JuniorZ””, Civic Activity Promotion Program “Engage!” Funded by the United States Agency for International Development (USAID) and implemented by the Pact in Ukraine. Information support is provided by “1+1” channel and “Suspilne:UA” channel. Deloitte in Ukraine is a partner of the award and ensures transparency in the selection of winners. 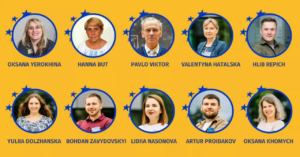 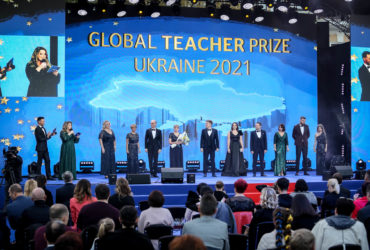 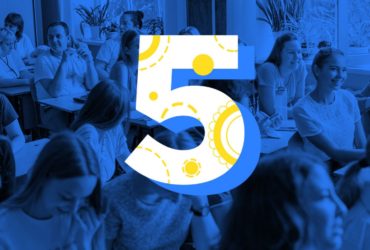 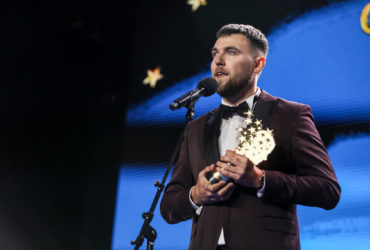